We recently got a requirement from one of our clients whose company is a support based-company. Whenever the emails are received in their CRM using flow, they convert those emails into cases. They wanted the content of these emails to be visible in a section of their related case record.

So, after doing some research, we understood the Dom Sanitizer concept in Angular, and using that we were able to show the CSS (styling) of the content of the email on the Html page.

As the content of the email record is in rich-text format and the styling was getting lost, we used Dom-Sanitizer to allow all the styling on our Html page.

For using Dom-Sanitizer in app.component.ts, we have to import its module and add the service module. Below are the imports and the initialization-

Following is the code of app.component.html: –

On the Html page, we used the htmlContent variable of type SafeHtml from service to render it inside the innerHtml property in order to display the content on the page. The code of app.service.ts file was as follows-

We created the above functionality to get the content of the email from app.service.ts into a variable so that we could allow the styling and show it on our HTML page.

However, here, we faced an issue, as we were able to get the content of the email body but it was getting displayed on the page after going through bypassSecurityTrustHtml() function with all the styling not getting applied. So, on close inspection, we realized that the bypassSecurityTrustHtml() returns a value as SafeHtml type and in our case, it was getting stored in a string variable. Hence, as a solution, we created a SafeHtml type variable and used it in InnerHtml property.

Using the above solution, all the styling got properly applied on the page, and below is the screenshot of the content of the email record on the case entity. 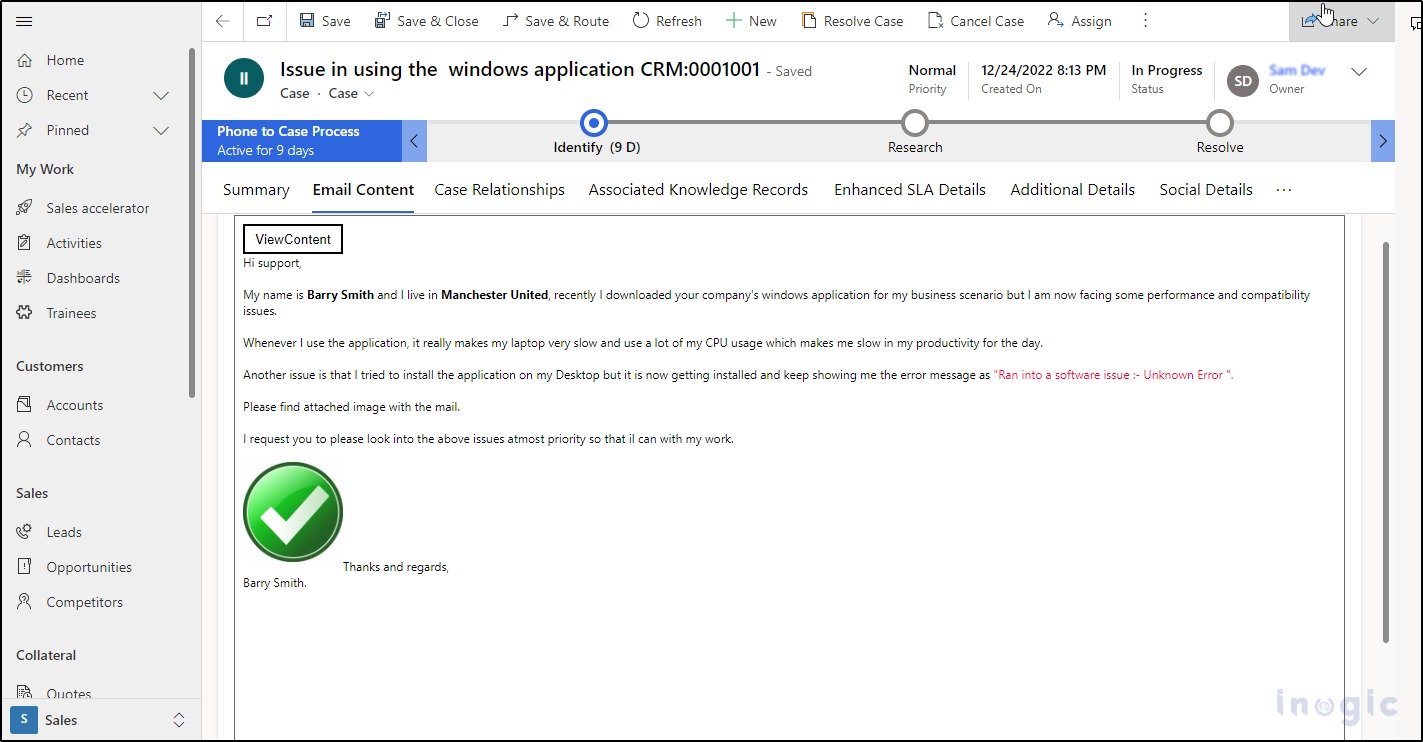 As the content of the email record was in rich-text and Angular restricts the CSS(styling) in the innerHtml, the use of Dom Sanitizer helped the CSS (styling) get allowed in the form of SafeHtml and made rendering inside the innerHtml possible.

Tooltip on Search for Entity records in Dynamics 365