June 13th, 2017 4AM Paul Burns was awakened knowing something was not right, luckily, he contacted the Aberdeen Royal Infirmary, who immediately admitted him.  Good thing too, at 11:00am Paul suffered another stroke; while it could have been much worse this second stroke did impact motor nerves, including hand control for penmanship. (see below for the larger back story)

Strokes impact 15 million people per year with 5 million are left with disabilities according to the World Health Organization. This article covers how Paul Burns is helping other stroke survivors regain movement in their hands and fingers by practicing the tracing of letters and shapes using a finger or a Digital Pen in a simple to create and use Power Apps application.

Paul is a business improvement consultant specializing in Quality, Health, Safety and Environmental Management Systems, as an avid user of Microsoft Office 365 he knew that the Microsoft Power Platform and Microsoft Office 365 could bring business benefits to his clients. After watching Rory Neary’s videos on You Tube Paul had the idea that PowerApps could also be applied to helping other stroke survivors with similar conditions and enrolled in Rory’s Power Apps course Power Apps ‘Zero to Hero’ .

While following the lesson plans, Paul knew he was on the right track and the Microsoft Power Platform would not just benefit his clients but could help other Stroke Survivors. In Paul’s business, taking notes is commonplace, but since the stroke this task has proved difficult, he thought it would be useful to enable practicing his handwriting (which is still an issue for him) electronically. By following Rory’s course he, with his son, Craig’s support, developed an application that could be used to practice hand movements.

The application has three experiences a home screen, a letter screen, and a shape screen. The home screen displays a label and two buttons that take you to either an alphabet index screen or a shape’s index screen. No flashing images are used, as the screens are intentionally kept plain and high contrast. (see image below) 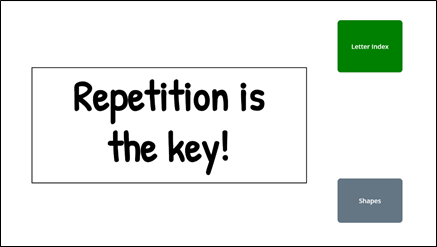 In this experience letters of the alphabet are displayed with the ‘on select’ action taking the user to the letter selected. The user is then tasked with tracing the upper and lower-case letter. The letters are displayed using the curved font Patrick Hand as it is a more difficult for stoke survivors to trace these versus a font comprised of straight lines. This increased the tracing difficulty helps improves the eye to hand coordination. A ‘Pen Input’ control was laid over the letter Label to capture tracing efforts. 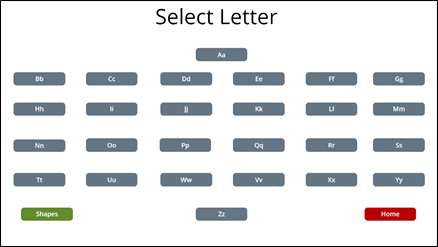 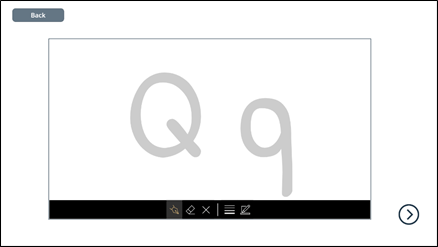 A number of shapes were selected from the Power Apps ‘icons’ insert feature, each shape on select action takes you to the corresponding shape, where the user can trace the outline of the shape. To navigate buttons were added to take the user to the home screen and another to return to the shape screen. 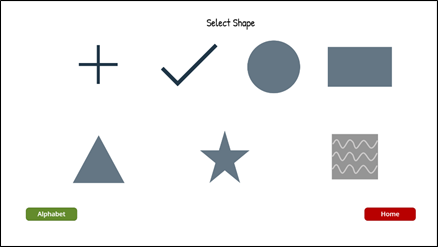 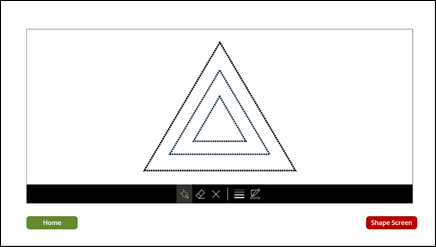 You can find and download Paul’s application from the community sample gallery here: 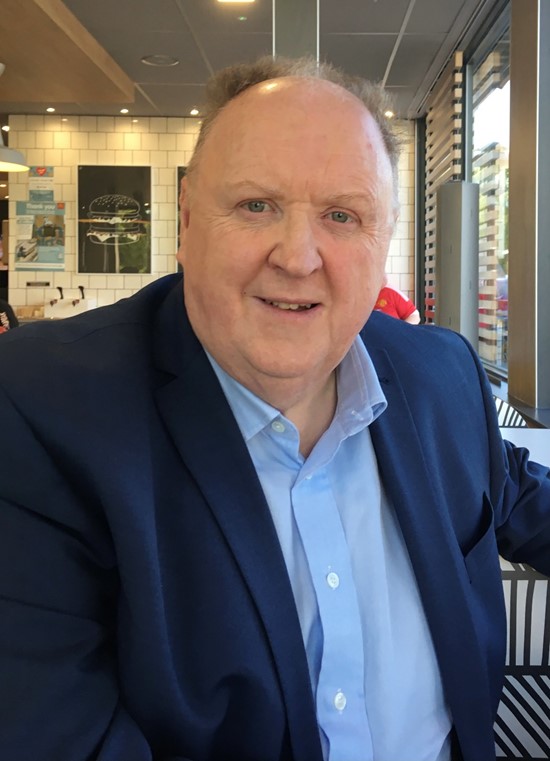 In June 2017 Paul suffered a stroke whilst away on business in Aberdeen, Scotland. It completely changed his life. He lost movement down his right-hand side. He struggled to wash and clothe himself or even make a cup of tea.

“I woke up at 4:30am in the hotel room with a jolt. I remember right away I noticed something was wrong with me. I began to realise I had little or no feeling down the right-hand side of my body. I managed to get myself up into a sitting position at the edge of the bed and the feeling began to come back. I walked across the room to the table when all the feeling was suddenly lost down my right-hand side again. Luckily, I managed to throw myself to the bed. I called the hotel reception and an ambulance arrived in 20 minutes.

“The scariest moment for me was in the hospital. The doctor asked for my consent to receive thrombolysis treatment. I asked if I could wait for my family to arrive to decide and he told me that I might die if I didn’t have the treatment. I signed the form there and then.”

Paul describes the impact his stroke had on his and his family’s lives:

“The most difficult thing for me was accepting that I needed help from other people. Here I was a 55-year-old man unable to wash or cloth myself, unable to clean myself, unable to make myself a cup of tea. This led to what I call my ‘dark moments’; frustration was getting the better of me. I was getting angry with myself and those closest to me.

“Since having the stroke I’ve had to cut back on work which obviously impacts on my family as we have less income so that’s an added pressure.”

Our local NHS Stroke Care Group has helped me a great deal. I attended their Peer Support Group, Positive Stroke Solutions, and began to experience how support from other stroke survivors helped my own recovery. I wasn’t alone all these other survivors had felt like me, we were angry, frustrated, vulnerable, and at times lonely. Having attended the groups those negative emotions began to fade, they still resurface occasionally but they are part of life. Like I always say, I have had bad days since having the stroke, but I had bad days before it too.

“I find attending the groups beneficial to me but also get pleasure from seeing the participants gaining confidence, getting a smile back on their faces and opening up. It’s fantastic to be part of something so special.

“You must believe that there’s light at the end of the tunnel. Each day is a new day a new beginning. Thank your body for giving you this chance to keep going.”

Since then, I have returned to work, I have almost recovered all movement in my affected side and take part in the Korean Martial Art of TaeKwon Do, (I’m currently a Black Belt 2nd Degree).

I like to think ‘that every day is a school day, and we can all keep learning’, learning and using O365 is a great way to introduce the young and old to application that until a few years ago would have been beyond our skill set.

Many thanks to the many O365 software developers who have created an environment that makes me feel useful.

The evolution of retail store into an experience center

With more and more customers looking to digital channels for product information, feedback, and insights, the role of the...
Read more
Dynamics 365 Community

Dynamics 365 helps build the retail supply chain of the future

The business-to-business (B2B) landscape looks drastically different than it used to, thanks to digital acceleration that has reached every corner of our lives. Today's...
Read more

Microsoft Power Apps is an app for all developers. Whether you are a citizen developer, or pro...
Read more

We are excited to announce the upcoming capability of portals as a progressive web app, enabling makers...
Read more
- Advertisement -