Depression is a serious challenge and according to the National Institute of Mental Health (NIMH), depression is one of the most common mental health disorders.  Current NIMH research suggests that depression is caused by a combination of factors including environmental conditions. To compound the challenges with depression, these environmental factors can create negative reinforcing cycles making it harder for people to escape their situation. Sheryl Netley realized she had many of the risk factors to be pulled into a depression spiral and decided to change her situation by investing in her greatest asset, herself.

Sheryl realized one of her largest stress factors was her job and salary. Day to day living was very stressful, worrying about basic necessities, like how she was going to feed her children. In addition, Sheryl discovered that advancements and new opportunities in the IT service management field were limited due to her being a single parent, dictating the hours she could work. Having only enough funds for a month of upskilling, she decided to invest in herself by learning and setting herself the goal of becoming Microsoft certified in the Power Platform by studying for the Microsoft Power Platform Certification and Exams. It is worth pointing out that while Sheryl set her goal to become certified, her existing financial situation meant she didn’t have the funds for formal training or even sitting the exam she was studying for. Which begs the question: how did this end up being a hero story?

Well, in a couple of unexpected ways!

Sheryl treated her month of upskilling just like a regular job; she would start studying using Dynamics Learning Portal (DLP) inspiring Microsoft Learn (which is free) at 8am and often didn’t wrap up until 8pm. One of the study aids she found that really worked well for her was Julian Sharps Study Groups. This not only helped her leverage her newfound peers’ knowledge in her studying but gave her kindred spirits who supplied motivation and encouragement. In addition to preparing her intellectually, through the study group she met Iain Connolly and learnt of his efforts and his passion in regional user groups as well as one of the largest Power Platform events, the Scottish Summit. A serendipitous result from Sheryl’s community interactions (like the Scottish Summit) was meeting ‘Larry’ Laurynas Merkelis, who was so impressed by Sheryl that he referred her for a role through one of his Dynamics contacts. Not only did this role significantly pay more, but it also offered more flexible hours that better fit Sheryl’s family needs. An unexpected benefit was this employer offering to pay for her exams!

With a newfound set of friends, a new job that not only delivers on her basic needs better, but enables Sheryl to grow in positive ways, it seems this story would be over. But it’s not! While helping at Scottish Summit, Sheryl was introduced and became fast friends with another community pillar, Julie Yack. Julie Yack firmly believes a key to achieving personal growth and contentment is channeling your energies into helping others around you. Sheryl has really taken this to heart and is one of the advocates who helps organize the Power Platform Tech Stylers, the 3 shires 365 User Group and was made an Ambassador for Wentors, a WiT mentoring organisation.

Sheryl exemplifies the concept of community. I first met Sheryl at a community event where she bravely attended in her journey to switch to a technical career in Dynamics 365. Many people are afraid to jump in; Sheryl threw herself into speaking to as many people as possible to find out what she should do and how she could learn. Sheryl learned quickly and attended my study groups to gain certifications. Sheryl has given back to the community, first as a volunteer at the Scottish Summit, to then speaking at events on both technical and non-technical subjects. A thing I have noticed is that Sheryl is always there encouraging others in their own journey.

Sometimes we go through life in our own zone and don’t seek a community, especially true in our professional lives.  But once you find that community, you wonder what you ever did without them.  Sheryl is a great example of both giving and receiving from her community to elevate not only herself but those around her.

As of this writing, Sheryl’s amazing contributions were recognized with an MVP award nomination and we are looking forward to seeing what the next chapter in Sheryl Netley’s life brings! 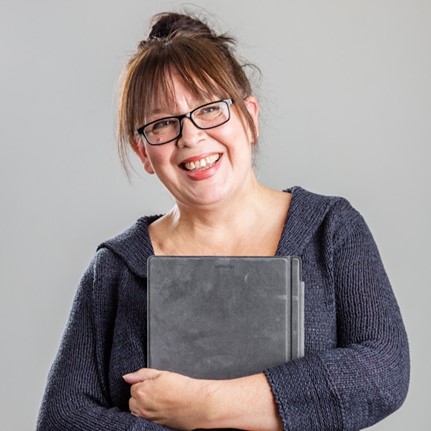 “I’m a late career switcher, having picked up Microsoft Power Platform in the last few years as an enthusiastic 50 something.  I am very active in the Power Platform and Dynamics 365 Community, and regularly participate in events as a speaker, volunteer, and attendee.  Microsoft certifications have been the enabler for a life and career I had only ever dreamed of, and it is my mission to share that opportunity with as many people as I possibly can! It really is #NeverTooLate.

Outside of work, I spend my time mostly being a mum of 4, but also volunteer when I can as a STEM Ambassador, mentor and ambassador for the TechStylers group for women in tech. I firmly believe that #WeRiseByLiftingOthers.”

The future of customer engagement is bright with Microsoft and Nuance

4 trends to watch in consumer goods