Today, Power BI offers one of the richest Data Connectivity platforms in the industry, powered by Power Query, with out-of-the-box connectivity to over 170 types of data sources and hundreds more through generic connectivity interfaces, enabling several millions of users to connect to data of any shape and size, and reshape it to fit their needs.

A key contributing factor to the richness of Power Query’s Data Connectivity is that, in addition to data connectors built by Microsoft, Power Query provides an extensible platform that allows any Developer to build and release their own Power Query connectors by leveraging the Power Query Connectors SDK.

These connectors can be easily distributed to users, loaded into Power BI Desktop (for authoring of reports) and the On-premises data gateway (for operationalization of those reports). In addition to allowing anyone, including 3rd parties outside of Microsoft, to build connectors with this SDK, Microsoft also provides a Connector Certification program so that ISVs owning Data Platforms and Services can submit connectors built against those data sources to Microsoft for certification, enabling them to be released out-of-the-box in Power Query product experiences within Power BI (Power BI Desktop, Dataflows, and Datamarts).

We are very excited to make an announcement this week that expands further on this success story – the Public Preview Release of the new Power Query SDK for Visual Studio Code! 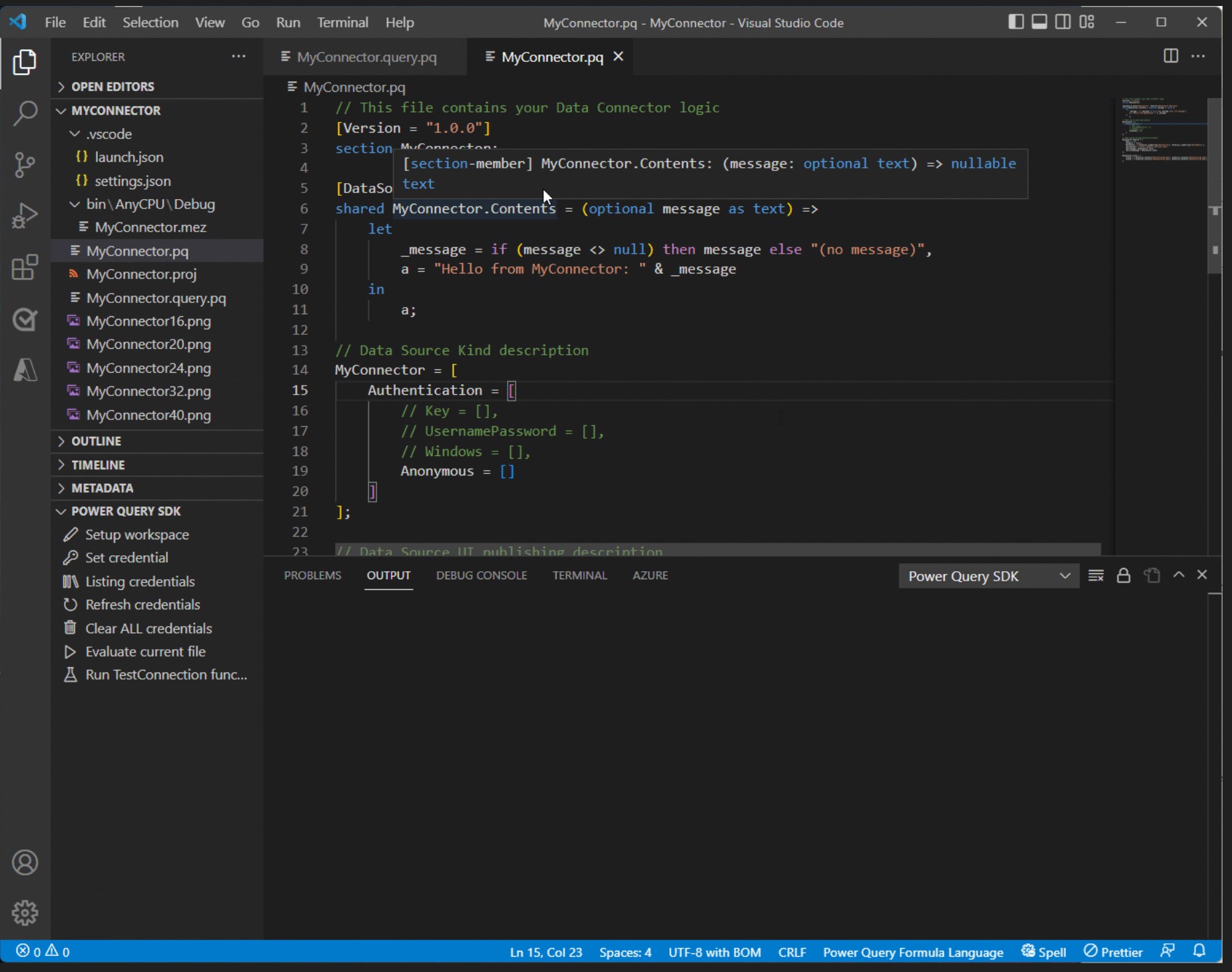 We have heard direct feedback from many of our partner connector developers who build and certify connectors on our platform today, that the developer experience needs improving. Hence, we are releasing a new Power Query SDK based on a more lightweight and extensible developer platform: Visual Studio Code.

What is the difference between this new VS Code SDK and the previous Visual Studio-based SDK?

We are focused on providing a parity release of the new Visual Studio Code SDK when compared to the previous Visual Studio-based SDK to ensure our developers still have access to all the features they previously did. This also provides a friendly transition for developers to adopt the new SDK.

However, we have a ton of new features beyond parity planned for this new SDK, including linting tools, Intellisense, built-in test tooling, and many more. A few of those features are already part of the current release such as the new results pane and the ability to test your TestConnection function for cloud refresh on the Power BI Service.

How can I try the new Power Query SDK for Visual Studio Code and provide feedback?

We are excited to have you try out the new Power Query SDK for Visual Studio Code, and look forward to hearing your feedback!